When you are wanting to install deck stairs, specifically for a the second story deck, this is where your deck is 7-10 feet off the ground and you're considering rebuilding the deck and you have stairs. The first thing to note, is that as long as you have a rear access on a lower level, like a walkout basement, code does not require you to have stairs installed. This is important because stairs have become increasingly one of the most expensive components when it comes to deck reconstruction. We've been building decks since 1983 and we’ve learned how to build the best quality deck for the most affordable price.

Select The Best Deck Stairs and Railing Materials When Comparing Wood, Composite, Or Metal For Exterior Of House

When it comes Deck Stairs, our Achilles heel has always been the stairs. We’ve learned how to build a deck to where it will hold up really well. We don't have to worry about it rotting out, but stairs are one of those components that tend to fail first. This has to do with a variety of reasons. Fortunately in 2017-18, there was a material that was finally made available, pressure-treated microlam members so that's what we use the stringers 2 x 12s. 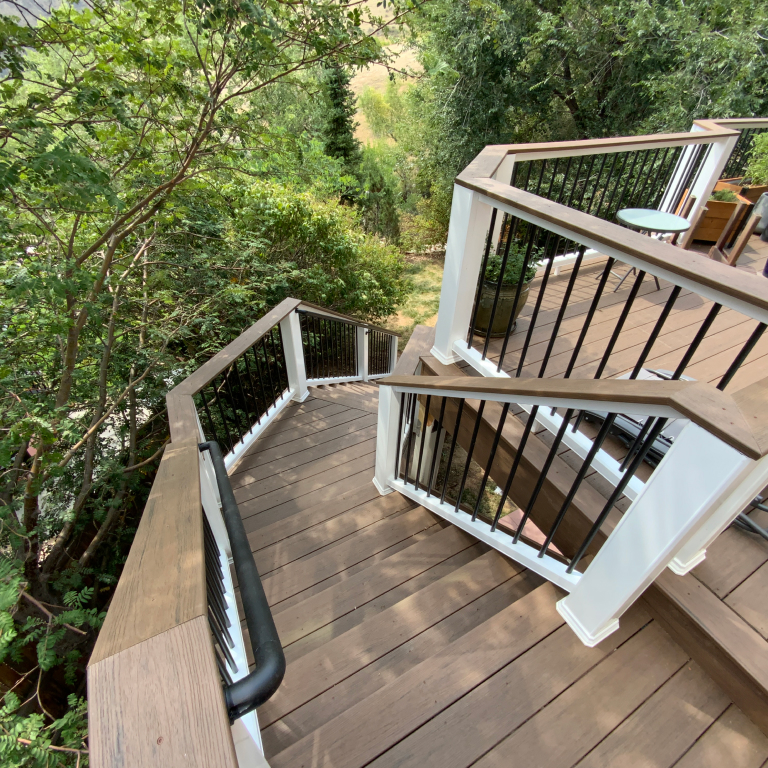 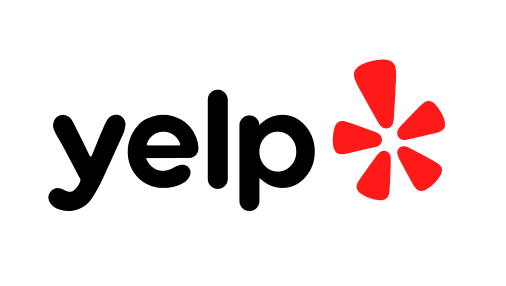 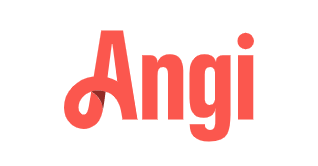 Philip, is the owner of Denver Decks and the managing member of Denver Decks, LLC - He is your Deck Answer Man, so please give him a call at 303-730-9642 for the accurate answers to a deck or patio question. 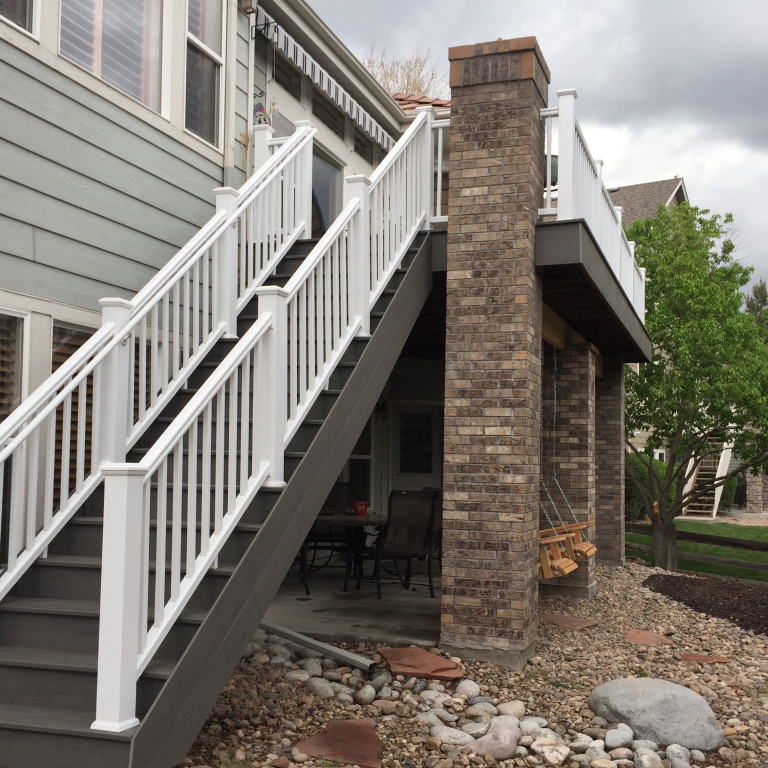 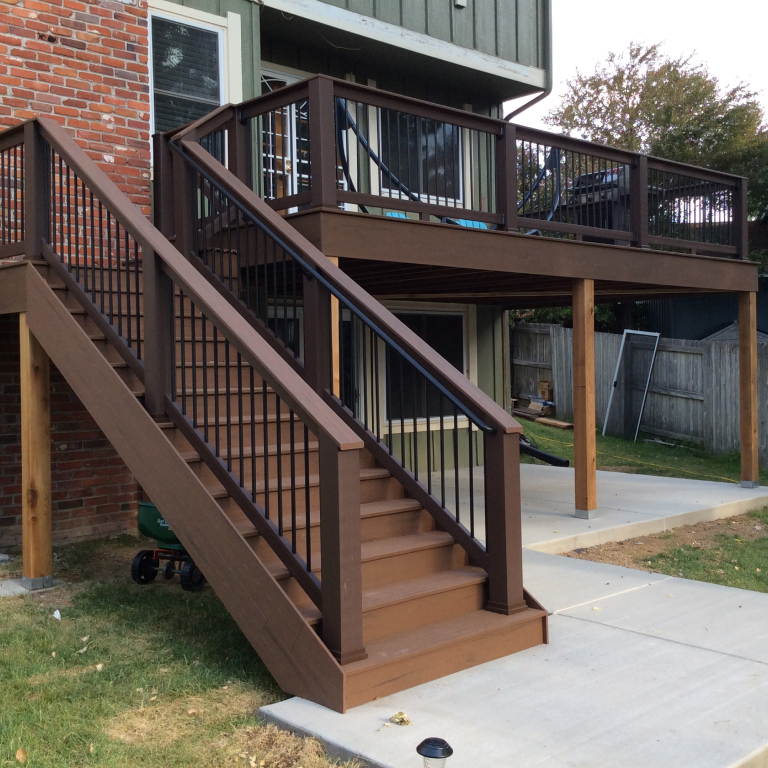 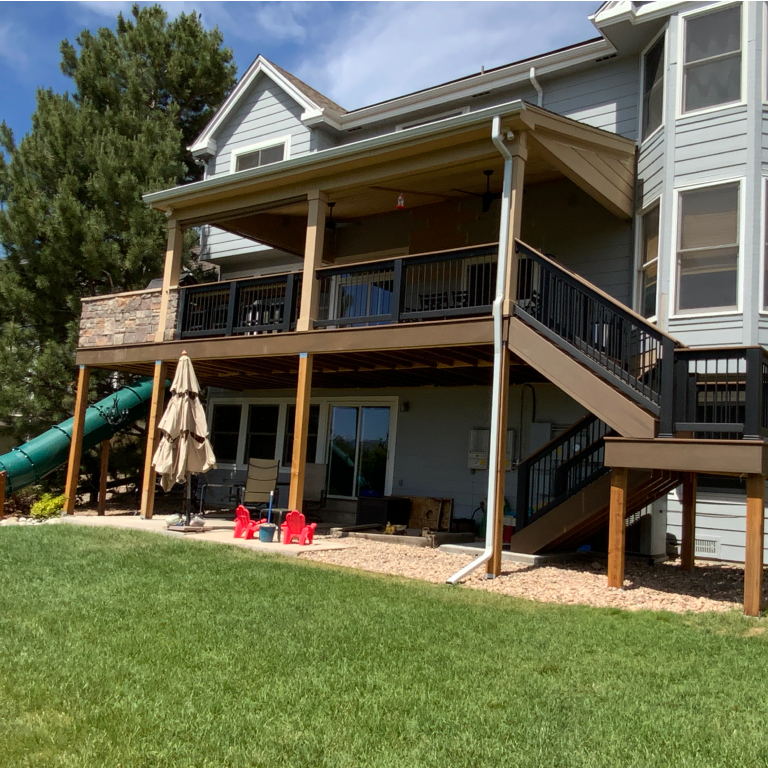 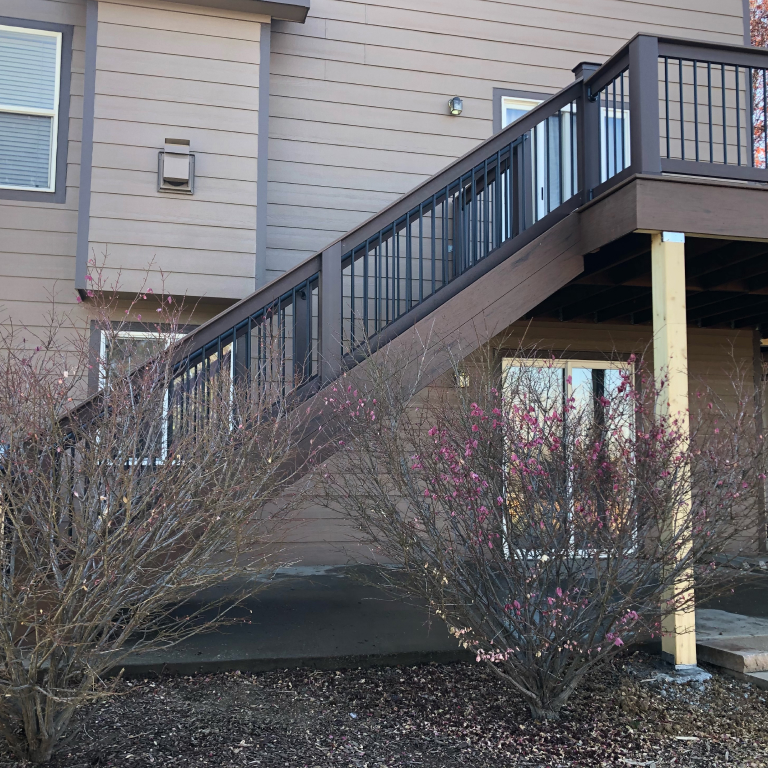 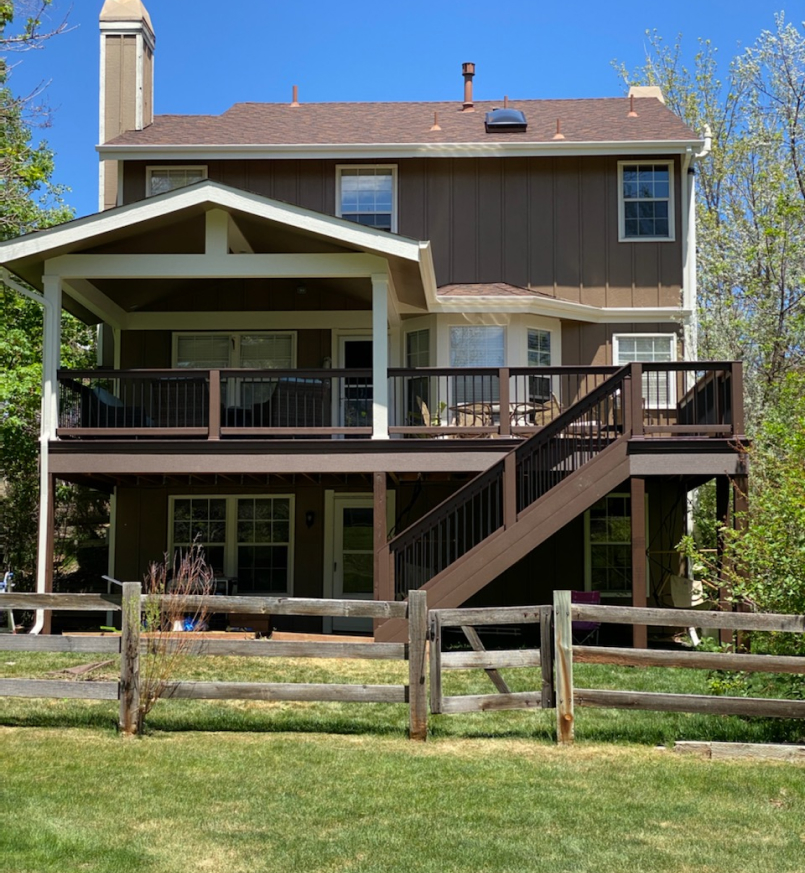 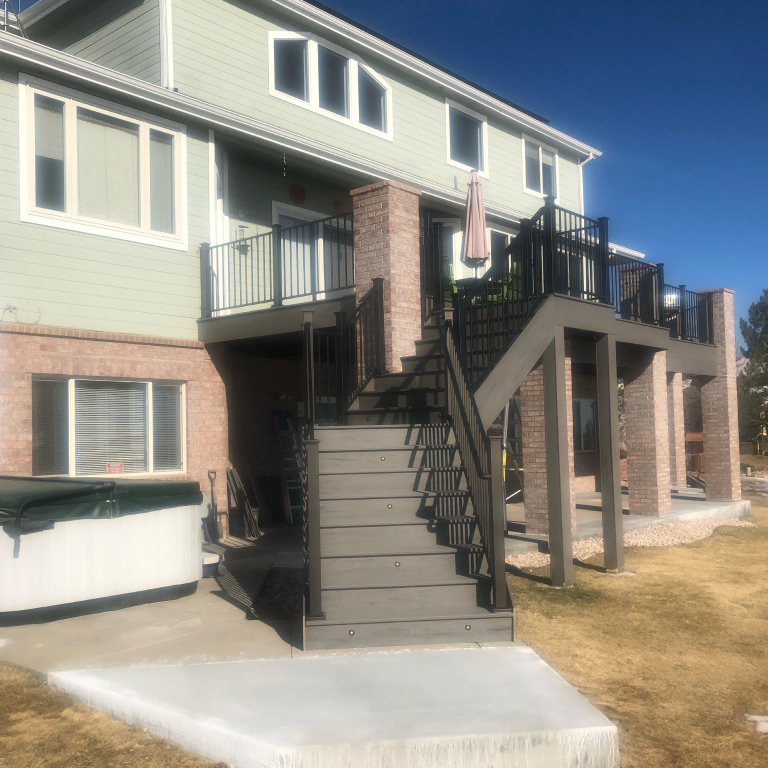 Looking for Deck Stairs Contractor Near Me?

Denver Decks is at your Service with over 35 years of Experience, Serving Denver, Castle Rock, Highlands Ranch, Parker, Aurora

Now that these pressure treated microlam are available for stringers, we are now confidently installing stairs, knowing that they're going to last much longer than the traditional stairs that were installed by a Builder. Which made you may get 10-15 years out of a builder installed set of stairs and they hold up much better in our climate over the years now. This is a much more expensive building material so if not having stairs is an option for your family you're going to save a good amount of money. But if it's not an option, let’s say you have small kids or pets that you want to maintain a clear, simple access to the lower yard, then you certainly want to maintain the stairs.

Should I use pressure-treated wood for outdoor stairs?

Pressure-treated wood is a great material to use for building anything outdoors, like a patio cover. It's been treated with a special substance that protects it from the elements, so it can last for up to 30 years!

There are a few different options, but it has grown in cost over the last several years. So the most affordable set of stairs is when you have a deck, and the stairs come directly off of the edge of the deck. off of one of the sides and there's no landing at the top or in the middle that allows you to change directions, you literally walk from the deck straight down the stairs. Now those stairs typically will install for anywhere from $8,500 to $9,500 depending how high the deck is off the ground.

What is the formula for deck stairs?

To figure out how many steps you need for your patio cover, first measure the height of the deck in inches at the stair location. Then, divide that number by 7.875. The answer you get will be either a whole number or a decimal. If it's a decimal, round it down, and if it's a whole number, round it up.

With stairs, you also have the option and most people typically want to incorporate some sort of a landing, so the most common is just the landing at the top, it’s the same elevation as the deck or it’s a step down 1 elevation from the deck, and it allows you to walk from the deck, on to the stair landing and then turned 90° in to go down the stairs, towards the yard. That's the second most affordable set of stairs. That landing, if it's up against the house, allows the landing to turn down to the yard, and will typically be installed for $2500-$2800. Now the other types of landings that are often incorporated into a set of stairs, is a landing that's halfway down and it allows 180 degree turn, so you walk off  the edge of the deck, down seven or eight stairs to a landing, you turn 180° and then you come back and you end up underneath the deck. Now that's the most expensive Landing do install that typically runs around $5000 - $6000. The reason being is even though it's just the landing and it's let’s say 5 by 10 ft, or 4 1/2 by 9 ft and still has code required caissons installed, so we have 4 caissons which oftentimes has more caissons on that landing than you have on your actual deck so that's why there's that increase of cost. It’s well worth the investment, if it makes sense to the budget but it is a bit costly.

Can you use Trex for deck stairs?

If you're building a patio cover, it' can be durable if you use Trex® Protect™Joist and Beam Tape on all cut stringer areas. This will help keep the wood in good condition and make sure the stairs last a long time. The size of the stair stringers will tell you whether you should put the steps or the risers on first.

So the most affordable is a traditional set of stairs that comes directly off the edge of the deck and then the next affordable is adding a landing at the top that allows a 90° turn, that may get you into that $11, 000-$13,000 dollar range. And then the most expensive would be the landing in the middle or close to the bottom that requires four support posts to support that landing. And then I've also mentioned that spiral stairs may be a good option for your family, they tend to fall in the middle of the affordable traditional set of stairs to the more expensive traditional set of stairs with the landing incorporated, spirals tend to fall right in the middle of that range. We mention all of this so that your educated so when you contact your contactor, you’re getting costs on what  the stair options are and you're not offended by the higher costs, it’s not that that people are charging more, it’s just that there's a lot of material cost that goes into a set of stairs 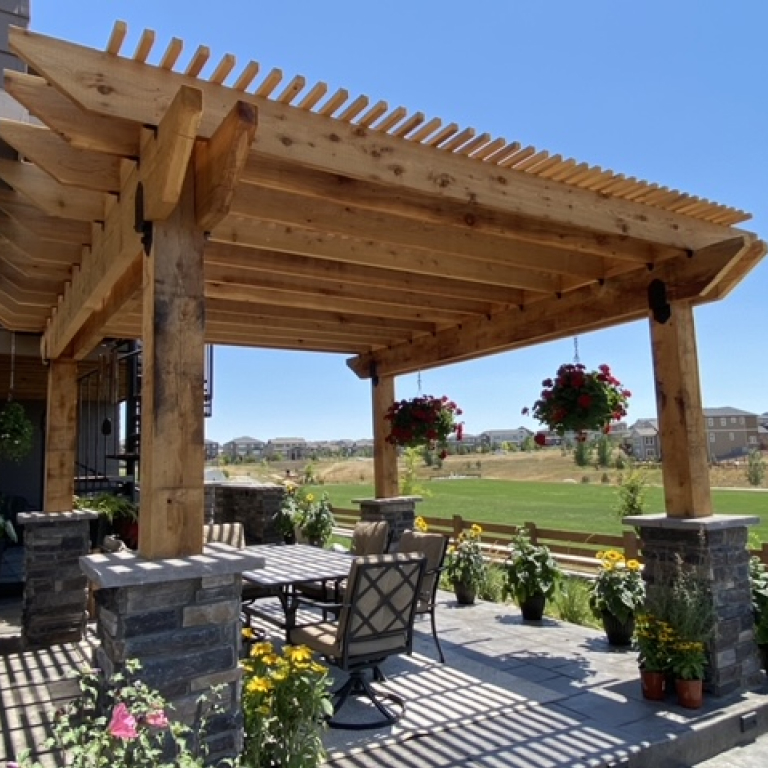